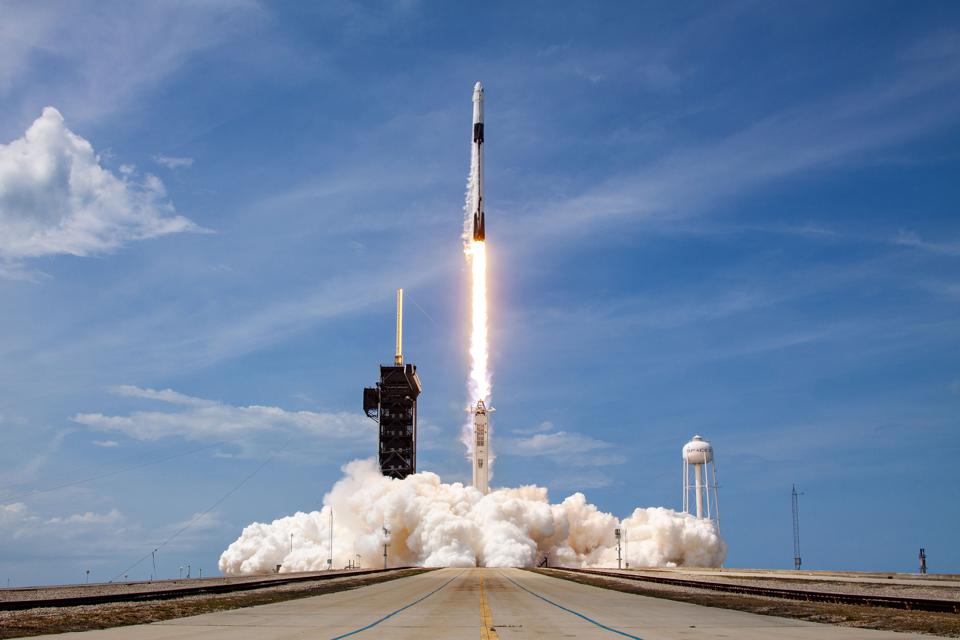 Ever since mankind started exploring Space, empty drones and drones with pilots have been sent above for research and development. This morning, SpaceX announced the launch of four new astronauts into the International Space Station. The four astronauts went in the Dragon capsule on a Spaceship called Resilience.

SpaceX has been working with Nasa on missions into Space for research. However, this is the first fully-fledged mission that was completed by NASA on a privately owned Spaceship. It came after the historic launch of SpaceX. The Dragon capsule was initially tested successfully in May after years of development and attempts at perfection.

The crew members include a Japanese astronaut and three United States NASA astronauts. The Dragon Resilience shuttle took off from the Kennedy Space Centre in Florida. At first, the bad weather led to talks of cancellation. Around 12.27 am, the weather cleared and the astronauts were launched into Space.

The Resilience Spaceship is a Falcon 9 rocket owned by SpaceX. The current mission is the first manned mission to Space by the United States in the last ten years. The crew is estimated to reach the International Space Station in the next 27 hours and the mission will last for a maximum of six months.

Keep in mind that the astronauts are not piloting the capsule. It is currently on autopilot and it will take them to the ISS without any problem. The astronauts will only need to take control when they have no choice.

SpaceX is one of many businesses owned by technological innovator, Elon Musk. It was founded in 2002 and it has been among his most successful enterprises since then. The contract between SpaceX and NASA allows the company to send people and supplies to the International Space Station.