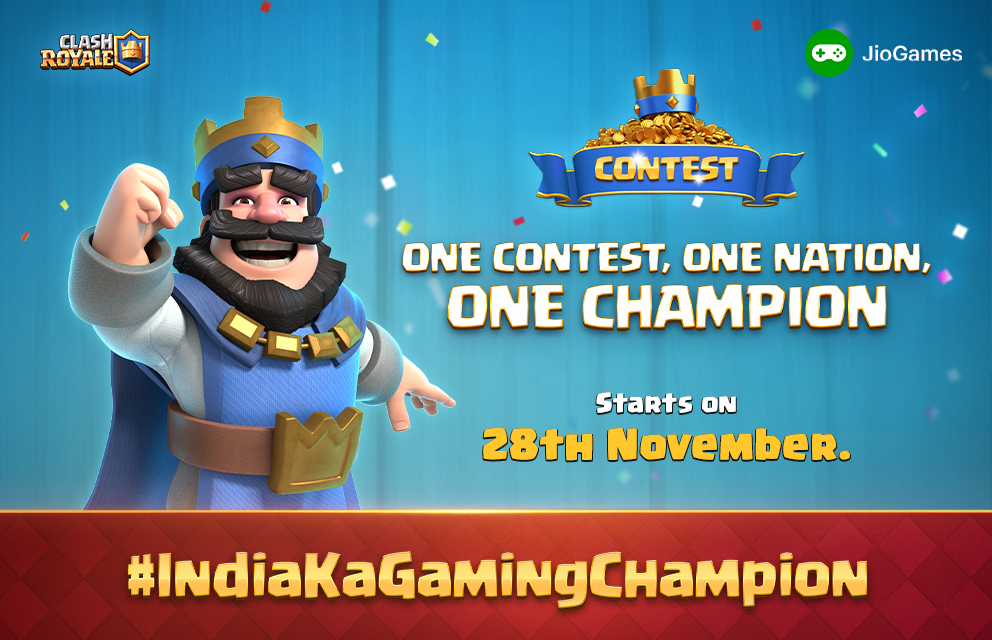 Two of the biggest gaming franchises in the world Clash Royale, and JioGames, have partnered to host an amazing gaming tournament. The gaming tournament will last for 27 days starting from Saturday, November 28th, 2020. This brings the closing date to December 25th, 2020. Irrespective of your gaming level, beginner, armature or professional, you’ll be able to participate in the tournament.

Clash Royale and JioGames Host Tournament of the Year

According to the official statement from both companies, participants must have maximum wins in 1-vs-1 games before they can qualify for the final round of the game. All winners will get real cash prizes. They will also enjoy weekly giveaways and will be known as champions in the gaming industry.

If you’re interested in participating in the tournament, you can register on the official JioGames website and follow up with the progress online. JioGames has agreed to stream only the semi-finals and finals on JioTV. You don’t need to be a registered Jio player to participate in the tournament and you will not be required to pay any money upon registration. Anyone who requests for money to add your name to the tournament is just trying to scam you.

JioGames is an Indian-based subsidiary of Reliance Industries Limited. It is an Android gaming platform that was developed in 2019. The platform has partnered with many other gaming developers to increase their reach in mutually beneficial ways.

Clash Royale is a free, multiplayer strategy video game that is typically played in real-time. The game features clash characters and royales. The game was released globally in 2016 and has been a sensation since then.

The partnership between JioGames and Clash Royales will b create more awareness for both platforms while offering gamers the chance to win real cash prizes.