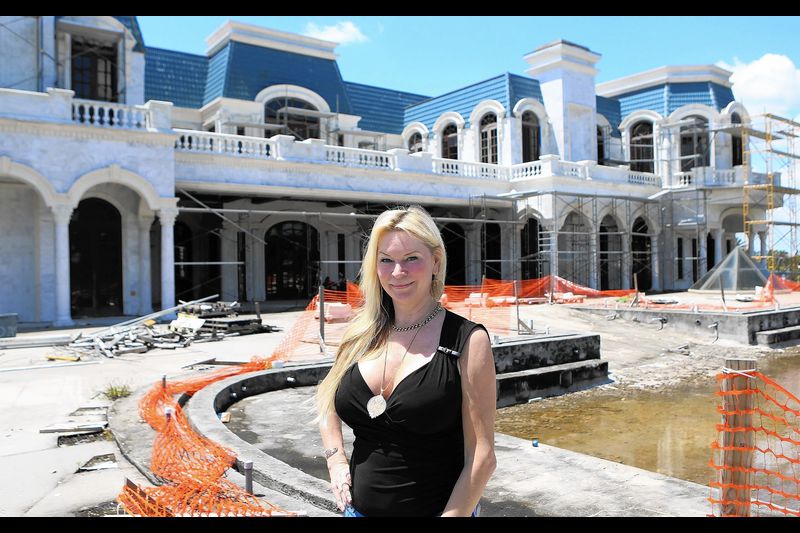 The Queen of Versailles, Jackie Siegel has been building her mega-mansion for the last 16 years. In her latest reveal, she said that her mansion will be completed in the next 16 months if everything goes according to plan. The building construction started in 2004 near Lake Butler.

Final Construction of the Versailles Mansion Kicks Off After 16 Years

Following the American economic meltdown in 2008 Jackie and her husband David Siegel halted construction of their mansion for a few years. When things got better, they resumed again. Unfortunately, tragedy struck as their 18-year-old daughter died of a drug overdose in 2015. They had to halt construction again. In 2019, there was a house fire that ruined a significant portion of the mansion forcing them to stop once again.

During a recent interview, Jackie said that they are finally going to move into their dream home in 2022, about 18 years after the original construction began. Jackie said that the interior of the mansion is something to behold. It comes with nine kitchens, 14 bedrooms, and 30 bathrooms. She also said that there will be a roller rink and bowling alley among other things.

The mansion is a 90,000 square foot home and it is going to be one of the best in the area. In Jackie’s words;

“We have a year and a half to go,’ Jackie told NECN in an interview this week. ‘And I’m going to document the whole process in the form of a TV show, which is going to be on next year.”

Jacqueline Siegel, who is popularly called Jackie, is a model and American socialite. The 52-year-old is married to an 83-year-old timeshare mogul and she is best known for her role in” The Queen of Versailles”, the 2012 documentary directed by Lauren Greenfield.