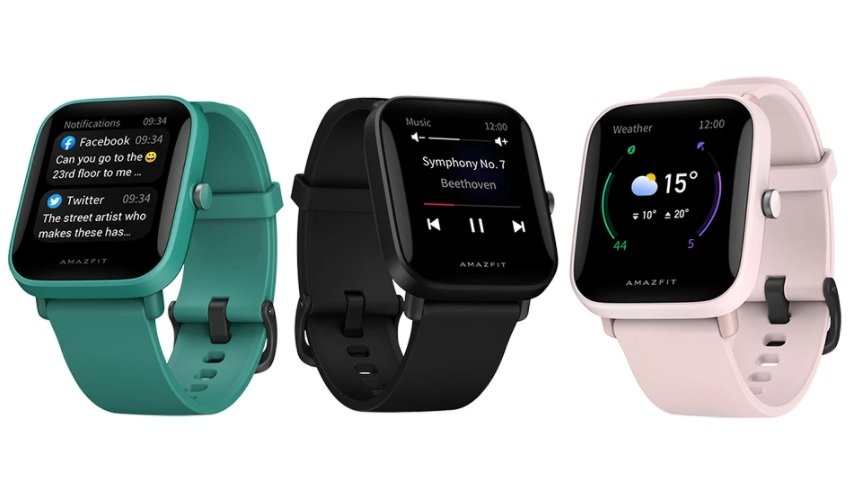 Smartwatches are in right now and different companies are in strong competition with each over them. The Amazfit Pop Pro Smartwatch is one of the few products that are worth its price. According to the reports from Huami, the Amazfit Smartwatch is scheduled to be launched on the 1st of December 2020 with some of the most advanced features you can imagine.

Is Amazfit Pop Pro Worth the Hype?

The Amazfit Pop Pro smartwatch was seen in a teaser poster by Huami. The video confirmed that the smartwatch will come with fantastic specifications and an amazing design. It is an upgraded version of the Amazfit Pop but it has a teal color strap. It has a square-shaped dial, in-built GPS, and NFC support.

The launch will start from China but the watch will be launched in other places subsequently. It has a colored touch screen and it weighs only 31 grams. Let’s not forget to mention the personal activity intelligence (PAI) index, calculator. This allows users to monitor their health when you’re on the move. The touch screen comes with 60 different sports modes and a heart rate monitor.

Huami has been manufacturing Amazfit smartwatches for years since 2014. Over 31 million wearable smart devices have been distributed by Humai and they are not ready to stop anytime soon. On a global scale, Huami is the second-largest global manufacturer of smartwatches.